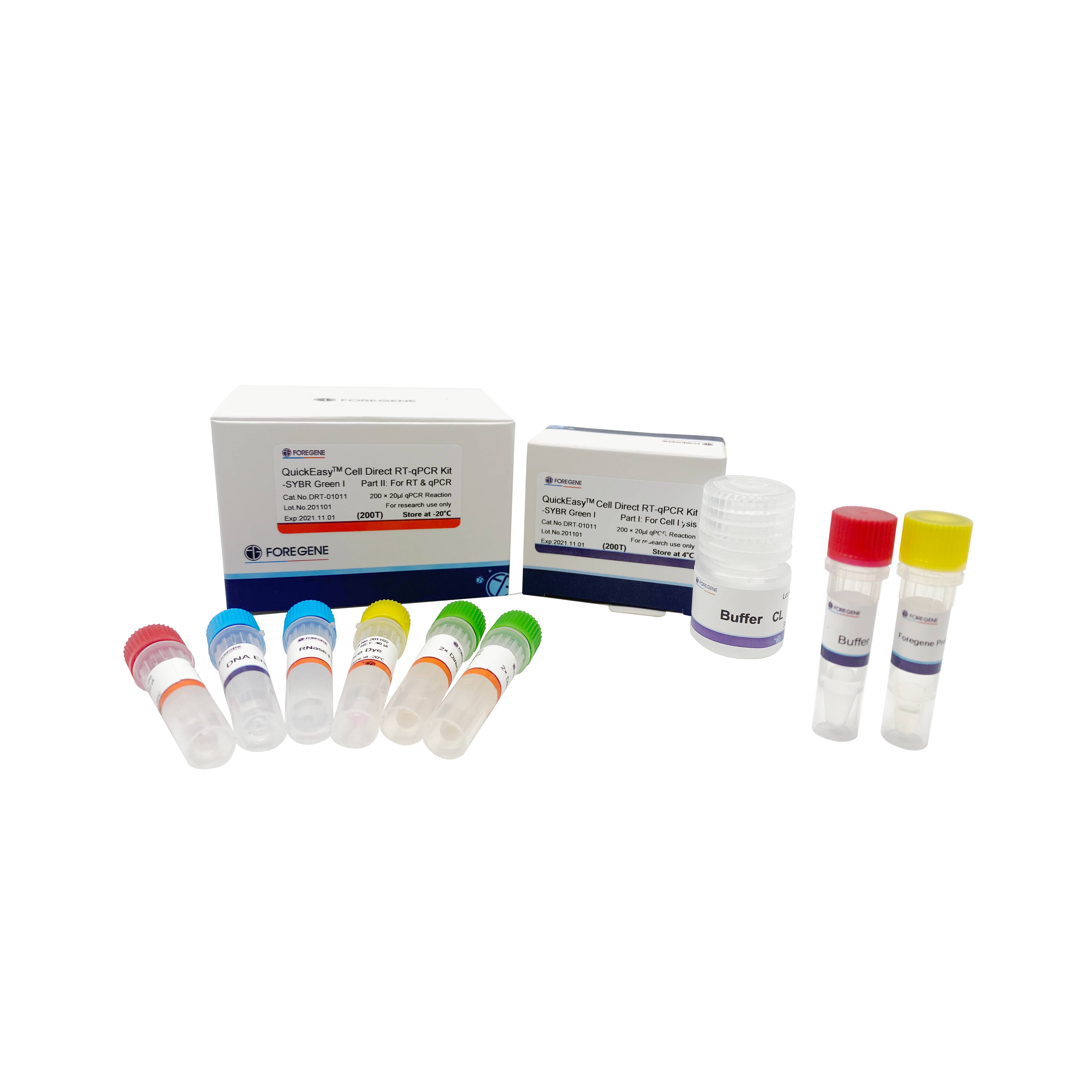 and performing RT-qPCR directly from cells without prior RNA purification.

Cells are lysed directly to release RNA for RT-qPCR; the high tolerance system makes it unnecessary to purify RNA and directly use cell lysates as RNA templates for RT reactions. Fast and convenient; high sensitivity, strong specificity, and good stability.

◮Simple and effective: with Cell Direct RT technology, RNA samples can be obtained in just 7 minutes.

◮The sample demand is small, as low as 10 cells can be tested.

This kit uses a unique lysis buffer system that can quickly release RNA from cultured cell samples for RT-qPCR reactions, thereby eliminating the time-consuming and laborious RNA purification process. The RNA template can be obtained in just 7 minutes. The 5×Direct RT Mix and 2×Direct qPCR Mix-SYBR reagents provided by the kit can quickly and effectively obtain real-time quantitative PCR results.

5×Direct RT Mix and 2×Direct qPCR Mix-SYBR have strong inhibitor tolerance, and the lysate of the samples can be used as the template for RT-qPCR directly. This kit contains the unique RNA high-affinity Foregene reverse transcriptase, and Hot D-Taq DNA polymerase, dNTPs, MgCl2, reaction buffer, PCR optimizer and stabilizer.

■  Simple and effective : with Cell Direct RT technology, RNA samples can be obtained in just 7 minutes.

■ The sample demand is small, as low as 10 cells can be tested.

- RNA released by sample lysis: only applicable to the RT-qPCR template of this kit. 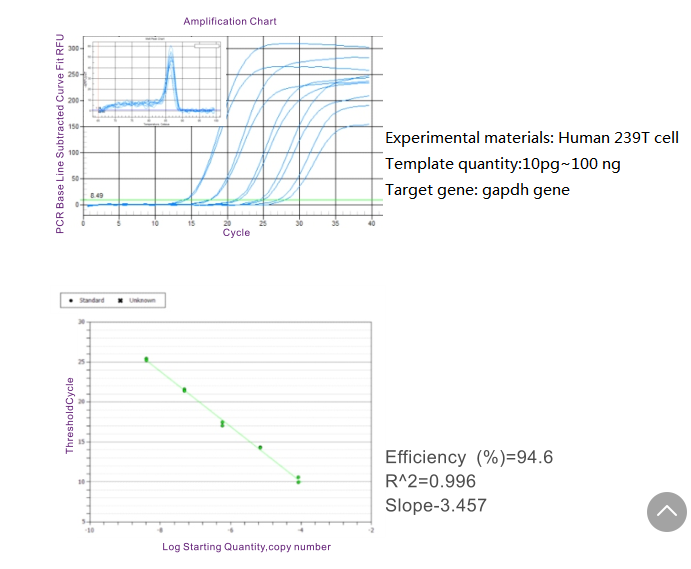 Foregene Protease Plus II should be stored at 4℃,do not freeze at -20℃.

Reagent 2×Direct qPCR Mix-SYBR should be stored at -20℃ in the dark; if used frequently, it can also be stored at 4℃ for short-term storage (use up within 10 days).

For Real Time PCR, primer design is very important. Primers are related to the specificity and efficiency of PCR amplification, and can be designed with reference to the following principles:

Tm value: Primer design software, such as Primer 5, can give the Tm value of the primer. The Tm values of the upstream and downstream primers should be as close as possible. The Tm calculation formula can also be used: Tm = 4 °C (G + C) + 2 °C (A + T). When performing PCR, a temperature below the primer Tm value of 5 °C is generally selected as the annealing temperature (the corresponding increase in the annealing temperature can increase the specificity of the PCR reaction).

Design primers in the secondary structural area of the template should be avoided as much as possible.

Avoid the formation of 2 or more complementary bases between the 3′ ends of upstream and downstream primers.

Primer 3′ terminal base can not be present with 3 additional consecutive G or C.

The primers themselves cannot have complementary structures, otherwise a hairpin structure will be formed, affecting PCR amplification.

ATCG should be distributed as evenly as possible in the primer sequence, and the 3′ terminal base should be avoided as T.

Write your message here and send it to us